Man, sometimes life gets super busy you know? School and work and work and school. I’ve been working for the past two weekends so I haven’t attended FNM. Last night I was able to go to FNM, however I am in between decks at the moment so instead of chronicling my own games I sat myself with my brother and decided to spectate his! He is running his own red/blue Sphinx’s Tutelage deck.

Round 1 Loss in 2 vs Abzan Aristocrats

Game 1…Opponent Is Abzan aristocrats. Opponent has solid board state. Plays Zulaport Cutthroat and Robert has a board wipe in hand. Flips his Jace. Opponent gets a cutthroat and a Nantuko Husk on board. Robert scoops as he’s stuck on five land and was just overwhelmed by creatures.

Game 2…Robert is on the play. He seems to be off to a strong start with double Tutelage by turn four. Things take a turn for the worse as opponent drops two Cutthroats consecutively. He died that turn.

This blog is about salt for a reason. Abzan aristocrats is the cheesiest easy faceroll deck to play in my opinion. The deck plays itself and happily suicides into the enemy team. The deck has basically zero counter play as all of the cards are cheap costing, and once you get a Nantuko Husk and Cutthroat on board you can’t do any removal as one can just sack their entire board in response.

Round 2 Win in 2 vs Jeskai Black (Token version)

Game 1…Opponent was on the play. Robert drops turn two Jace. Turn four opponent has done nothing but played land. Unsure if a heavy curved deck or just getting flooded. Opponent plays Ob Nixilus on turn five. Robert combos Alhammarets Archive, Tutelage and Treasure Cruise… he is at 18 life and his opponent’s deck is halved. The following turn combos Pyromancers’ Goggles, with archive, and draw cards.

Game 2…Opponent has the play. Robert sticks a jace, flips it, and a tutelage. Opponent has a Jeskai Ascendancy out. Opponent casts Sorin, Solemn Visitor. Robert combos out a variety of draw spells. Leaving his opponent with a quarter of his deck left. Robert plays another Jace, combos with tutelage, flips his other Jace. GG

Game 1. Robert has the play. Decides to keep a one land hand. 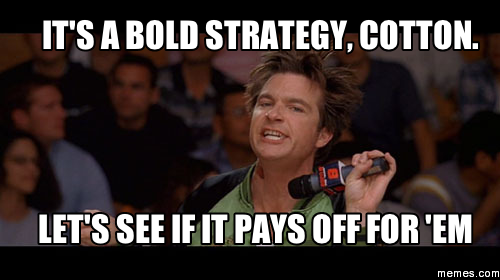 Opponent plays Jace, Robert burns it. Opponent plays another Jace. Robert is in a bit of a pickle, sitting on two Magmatic Insights and no land in hand. Opponent has a Mantis Rider and Jace on board. Robert has Tutelage and Monastery Siege. Opponent double Jeskai Charms and swings with rider for the kill.

Game 2…Robert is on the play. Robert plays a Tutelage. He has a Pyromancers’ goggles in hand, with double Magmatic Insight. Robert has about a quarter of his opponent’s deck in the graveyard. Robert now has half of his opponent into the mill zone. Opponent plays Gideon, Ally of Zendikar and begins pumping out minions. Robert has appeared to stabilize! AND HES DONE IT! On to game 3.

Game 3…Opponent is on the play and Robert takes a two land hand. Opponent plays a Jace and Seeker of the Way, Robert responds with a Radiant Flames. Robert drops his second Tutelage. Robert drops to two life…it’s game time. He drops to one life in order to cast a duo of draw spells. Robert mills him out with exact mill. EXACT! GOODNESS GRACIOUS!!

Round 4 Loss in 2 vs Black/White Good Stuff

Game 1…Opponent has the play. Opponent lands two Cutthroats, a Hangarback Walker, Brave the Sands and a Sorin…Robert has no card draw spells nor Tutelages. Opponent plays a Wingmate Roc after attacking. Robert is at seven life and this first game doesn’t look good. He double Send to Sleeps his opponents creatures…This game is still pretty shady. It’s Roberts turn eight and there is no Tutelage in sight. And Robert totally would have won but he triggered Jace’ wrong ability.

Game 2…Robert is on the play. Robert finally draws into a tutelage, but his opponent has a 2 counter Myth Realized, 1 counter Myth Realized and two 1/1s. HE KEEPS MANA OPEN TO COUNTER A SORIN….GETTER DONE ROBERT. Robert goes for the gutsy play and drops an Archive instead of keeping counter mana open. Opponent is on the beat train…Robert may have this if he sequences his casts properly. Combos Treasure Cruise, with archive. Robert disperses a 4/4 Myth Realized as his opponent casts Ob Nixilus. Robert has a mitt full of cards, yet nothing to draw with. If he had casted goggles, then his Tormenting Voice it would have been eight draws instead of four. Robert was not gaining his extra life off of his Archive. He would have gained his six extra life that would have guaranteed the victory.

So overall Robert went 2-2 and landed 7th place. Unfortunately, prizes were only handed out for top six! But Robert had a grand time and I enjoyed testing modern and EDH. I will hopefully manage to get my hands on the cards I need for next weeks FNM and then I can get back to the usually scheduled programming!