Buongiorno fellow nerds! Tis another typical week at the salt factory. I attended my LGS Jack’s on Queen as per usual. They ran both a Standard and Modern event, and as per my current feeling about standard I decided to play modern. This week I finally understood how to play Ad Nauseam.  This week I had the added benefit of having access to two copies of Pact of Negation which help me combo off when I have zero mana available. Let’s go!

My first opponent of the evening is, I’d like to consider, a good friend of mine. Every game we play against each other is awesome. Game one I hit Phyrexian Unlife, and my opponent took me to zero life, and then brought me to three infect counters. For game two I sideboarded two copies of Blind Obedience and two copies of Vapor Snag. I managed to stick a Blind Obedience, but I was stuck on two lands. My opponent proceeds to blow my face off with burn spells and single copy of Goblin Guide. I had two lands, a Pentad Prism with two charge counters, and two Lotus Blooms in suspend with two suspend counters remaining. In my hand is Ad Naus, Pact of Negation, Simian Spirit Guide, and Phyrexian Unlife. I am at five life when I pass the turn to my opponent. “Pretty sure it’s over” he says confidently as he directs a Lightning Bolt at my face. With his lone Guide, and the bolt I was dead, however out of sheer persistence and the idea of not being able to pay for the Pact at my upkeep I decided to counter the Bolt. My opponent swung with his Goblin Guide and took me to three, and then passed back to me. Untap, upkeep, Pact trigger is placed on the stack. My opponent is about to scoop when it hits me. Put the suspend triggers on the stack, each Bloom ticks down to one. Discard the Spirit Guide and remove two counters from the Pentad Prism, tapping my only two lands for the remaining mana I needed to total five and pay for the Pact of Negation. Here in lies the issue; I am at three life, completely tapped out, and facing down a burn player with no cards in his hand. I pass the turn and he draws, he then proceeds to windmill slam a Monastery Swiftspear. BUT AHA! THANKS TO THE BLIND OBEDIENCE IT ENTERS THE BATTLEFIELD TAPPED! My opponent swings with his Goblin Guide taking me to one life, and then passes. I untap, upkeep, trigger Lotus Blooms and my opponent just utters “oh no”. I cast both of them and draw my card for turn. During my first main phase I sacrifice both blooms generating six black mana, I tap my lands for a blue and a white. I cast Phyrexian Unlife using the blue, white, and one of the black. I then use the remaining five black to cast Ad Nauseam and Lightning Storm my opponent to death.

My deck strongly favours the slower starting non-blue decks, and this is the kinda thing that I feed on. Game one and game two were both very similar in the sense that my opponent dropped a Tarmogoyf on turn two and proceeded to chip me away all the while I was establishing my combo. I didn’t really sideboard anything as this is a really decent match up for me. However during game one I did have to cast a few copies Angel’s Grace on my opponent’s turn to keep him from killing me, but I did manage to Lightning Storm my opponent to death. 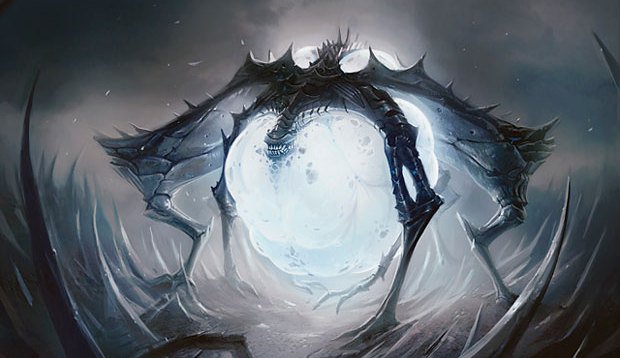 I’ve always wondered how this match up would go, and today I found out the hard way. I kept a decent hand, but apparently my opponent is playing a main board ace in the hole, Spellskite. I looked at it, thought about it, and scooped. My opponent was openly confused at my turn two scoop. The deck is stream lined for game one, the only win con in the list right away is Lightning Storm. I am also lacking the one of Slaughter Pact which the list requires. For sideboard I brought in Laboratory Maniac and Vapor Snag to push through Spellskite for the win. Game two I managed to Storm my opponent before the could stick Spellskite and game three I managed to win off of Laboratory Maniac. I am in desperate need of the Slaughter Pact, you know, to ensure that I don’t have to concede whenever my opponent casts a Spellskite.

Round 4; Loss in 2 vs Grixis Control

For every good run comes a straight up kick in the teeth. These games were quite reminiscent of the mono-blue fairies list that I ran into a couple of weeks ago. This deck was crippling. Remand, Mana Leak, and Cryptic Command, all being brought back by Snapcaster Mage ensured that I never cast Ad Nauseam once. Brutalllll.

We went 3-1 on Friday and managed to snag first! One of our prize packs contained a foil Fatal Push which is priced around 40 dollars Canadian. I managed to scrounge together enough trade credit to treat myself with a new foil Cavern of Souls. I am in love with this new art and the card went straight into the B/W Eldrazi list.

Until next time; keep slinging spells, tapping the cards and most importantly, stay salty my friends!