Well hello there world! I have returned with my first Budget Brewhouse since January! As one can read in the title, this brew will be for standard. B/G Aristocrats used to run rampant in the DTK/BFZ standard meta game, but lately it has fallen from its’ former high horse. I intend to bring it back utilizing some of the new cards from Amonket. This deck was actually one I considered building prior to building my current Sultai Marvel list. I priced the main board of this to be just below $50 CND, and the sideboard to be about $14.

Both of these Battle for Zendikar creatures are essential for any Aristocrat based list. These here are what we like to call ‘cannon fodder’. These are the types of creatures that you will be sacrificing to activate your various abilities, or throwing in the way of a rampaging eldrazi titan. Not only these guys, but the wee scions they spit out can either be used for mana, or abilities like their parents.

These here are what we call ‘pay-off creatures’. These are the cards we need in order for our cannon fodder to be useful. Everyone knows what Zulaport Cutthroat does, the card is bonkers and it drains whenever something you control bites it. This card is especially spicy in multiple copies or if your opponent decides to board wipe. The same applies for Catacomb Sifter. This slinky little eldrazi brings along a friend which can be used as cannon fodder. He has the cool ability that whenever another creature you control dies, you get to scry. Both of these BFZ uncommons were complete all stars in the original aristocrats list, so of course they would be making a comeback.

Welcome to the new school of ‘pay-off creatures’. These new Amonkhet beaters can huge boons once a creature you control dies. Let’s start with Bone Picker, when this card got spoiled quite a few of the pros were calling it the ‘black Delver’ in reference to the one drop blue creature Delver of Secrets. What Delver does is flip to become a three power/two toughness flier, and Bone Picker is essentially that. In a list like ours, creatures are constantly dying and we can use that to our advantage by dropping this dude for a single black. Now for the god of ambition, Bontu is one brutal chick. A three mana four power/six toughness with menace and indestructible. She has a couple lines of text that disable her from attacking or blocking unless a creature we control died this turn. That would be a pain in the rump for most decks, but in ours it should not be a problem. Especially because she has an ability that allows us to sacrifice a creature, drain our opponent, and then enable her to attack or block.

The lone werewolf in the deck is our utility creature. This is our main source of creature draw. A two mana two power/two toughness creature which we can pay three look at three cards from the top of our library and put one into our hand. This our mana sink, and when he flips he reduces the cost of our other creatures. We don’t really want to see the werewolf side of this guy, so we will try our best to cast at least one spell each turn in order to constantly utilize the human side’s ability.

These are our draw spells. Sure they require you to sacrifice a creature but isn’t that the whole point of the deck? Vampiric Rites nets you one card and one life for each creature sacrificed, while Altar’s Reap is a two mana instant speed; draw two cards. Both of these will help feed the mitt once it needs replenishing.

What’s a good black deck without a few kill spells eh? Arguably the best spot removal in standard right now is Fatal Push but with copies pushing fifteen dollars Canadian, they have no place in a budget list. Instead to settled on a sorcery speed, Zulaport Cutthroat activating Bone Splinters. Our other source of spot removal is Never. This new Amonkhet rare not only deals with creatures, but punishes those pesky planeswalkers as well. Return, the aftermath of Never, is useful for exiling something like Scrapheap Scrounger and even graveyard recurring zombies, while giving a zombie of our own to use as fodder.

The almighty token generating lands. Spawning Bed and Westvale Abbey have the not so unique ability of generating fodder for us to sacrifice. However, Westvale Abbey gives us a whopping second win condition in the form of Ormendahl. He is one heck of a beater when push comes to shove and he can quickly finish a game once you’ve already brought your opponent low from Cutthroat triggers.

Now I bet some of you are asking, “But Brad, what happens if my opponent is playing Marvel and they have an Ulamog on board?” Well I say you respond with the following three words…”sac it nerd!” Blighted Fen is our secret removal spell for single creature like decks. Things like Ulamog, and even an attacking Gideon can be removed by cracking the ability on Blighted Fen. I don’t really have to explain Evolving Wilds do I? Bruh.. 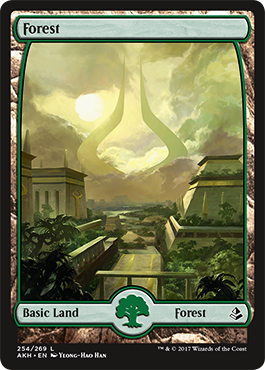 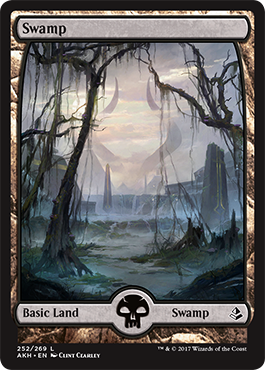 I am not explaining the card selection here…

So there you have it, your very own budget B/G Aristocrat list. Feel free to give a go online and comment how it went!