What’s happening saltines? Guess who went to Friday Night Magic finally, this guy! I made my way downtown, walking fast, faces passed… I went to Jack’s on Queen in Elmvale, Ontario once again in an attempt to secure the heavily sought after Fatal Push FNM Promo.

As I am unable to attend FNM next week, I decided to take Marvel-less Sultai and have a final hurrah! With the departure of Ulamog, Kozilek, Ishkanah, Traverse, Vessel, Hissing Quagmire, and Kalitas via rotation, this deck will not die, but transform…but more on that later…

I was pleasantly surprised when I arrived at Jack’s as they had moved their cashier’s desk to the side. Not only did they decide to rearrange their layout, but they added a kiosk from patrons to look up the store’s inventory. NOT ONLY THAT, but Jack’s surprised everyone with their upgraded, spicy, new inventory. I’m not saying I want that Lorwyn box…but I want that Lorwyn box…

Let’s run it back! 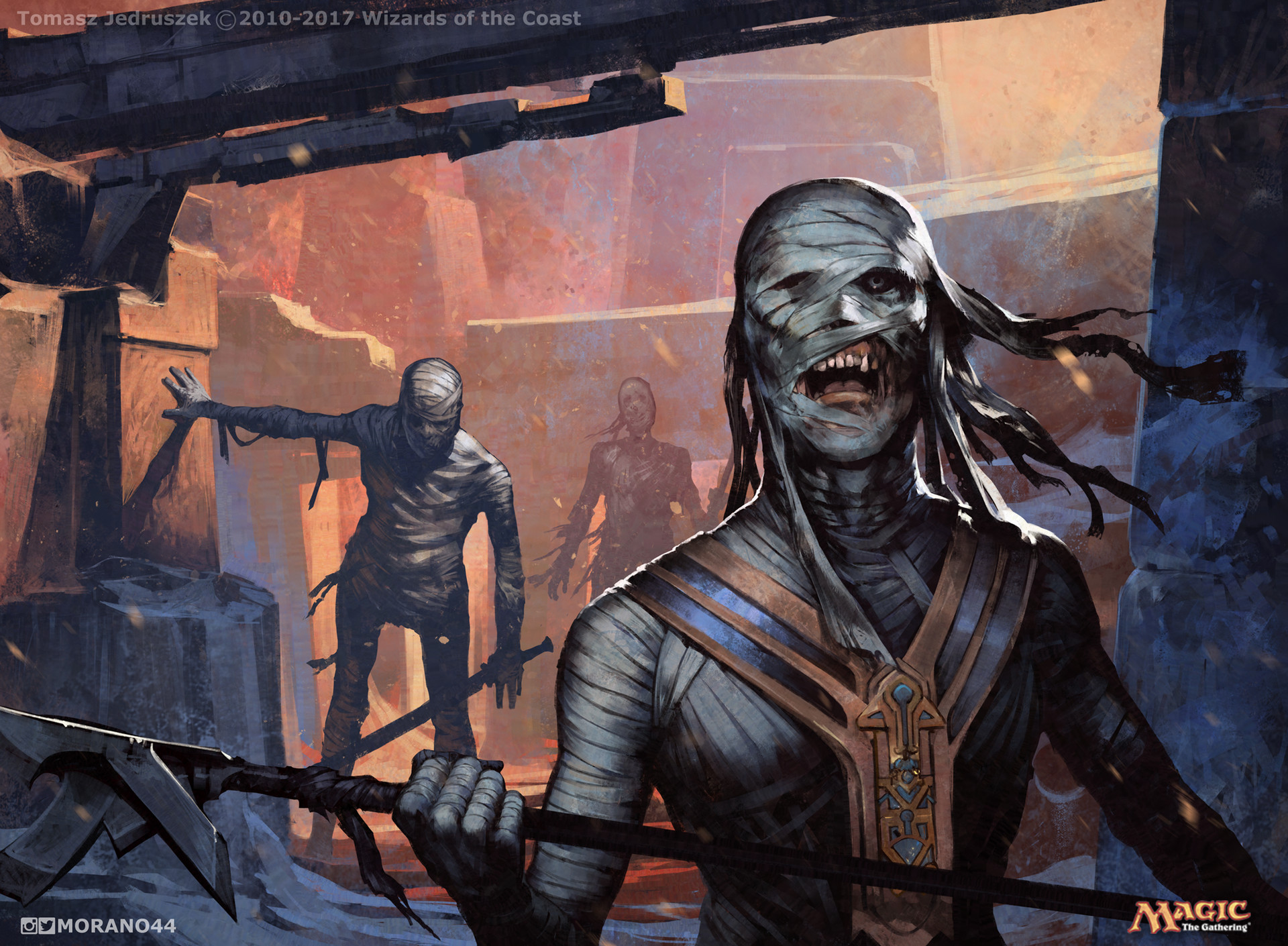 Ah, the dreaded black and white zombie list, how I despise thee. Game one my opponent flooded out pretty hard with two toughness zombies, which were wiped clean with a single copy of my boy Demon of Dark Schemes. My opponent responded quickly by slapping my demon with an Anguished Unmaking. My opponent tried to claw back but a second DoDS ensured that the zombies did not have a resurgence. Game two got out of hand super quickly when I hit a Champion of Wits on three, ditching a DoDS and my main man Ulamog, the Ceaseless Hunger. I dropped Liliana, Death’s Majesty on turn four with the help of Servant of the Conduit, and used her majesty to revive Ulamog. Ulamog attacked the following turn and exiled the top twenty cards of my opponent’s deck, but it was blocked by a zombie token and met with Time to Reflect. My opponent played some more zombies and passed. On my turn I made a zombie with Liliana and put the top two cards of my graveyard into my library, one of which was Kozilek, the Great Distortion, which got reanimated my following turn. My opponent could not deal with the second eldrazi titan!

My second opponent of the night was running a super low to the ground red and green aggro style deck. The deck was fairly quick, sporting several stealing effect cards to take my big creatures. Game one I stuck two Winding Constrictors, and my opponent flooded the board with wheenies. In one turn I managed to generate eighteen energy off of single Demon of Dark Schemes enter the battlefield effect. The effect killed six creatures, and the two snakes gave me two extra per one, ergo, six energy becomes eighteen. Wiping my opponent’s board of creatures ensured I tied up game one. Game two I revived Kozilek with Liliana on turn five and just kept beating my opponent’s creatures to nothingness.

GAH… what’s worse than playing one zombie deck in a night? How’s about playing two. I managed to squeak out game one with a variation of blockers and overall bigger creatures than my opponent could muster. Killing his early threat generator Cryptbreaker really secured me the first game. I proceeded to sideboard and this is when I realized the fatal mistake I had made. The Yahenni’s Expertise which were supposed to be in my sideboard for exactly this match up…was in my modern sideboard. RIP me. My opponent just flooded me the next two games. Driving zombie after zombie into my face, abruptly ending my streak.

I was a fan of this deck, and not just because it was slow enough for me to get under. As some of you know I’m a big dork for green, and I love big stupid creatures, so seeing people play them fairly always warms my heart. Game one I stuck a Liliana and was able to revive Ishkanah not once, but twice. I also had thrown the counters from a Verdurous Gearhulk onto a Glint-Sleeve Siphoner. With my opponent’s only creature being a World Breaker, I was able to swing in for game one. Game two consisted of Servant of the Conduit and Rogue Refiner essentially widdling my opponent away to nothing. With a sideboard stocked hand full of Censors, Disallow, and Never//Return, I was able to control my opponent, until he ramped into his own Ulamog and exiled my dudes. I countered Ulamog himself, and played a DoDS. I attempted to steal my opponent’s Ulamog out of his yard with DoDS but he had a Crook of Condemnation at the ready. Regardless, it was the DoDS that ended the game for me.

We went 3-1 in our final FNM with Marvel-less Sultai. I was super happy with how the deck performed, and it was a great send off for a great list. A bitter-sweet ending as I will miss playing the eldrazi titans in standard, but now I don’t have to keep unsleeving them from modern, they can rest easy now.

OH BOY! IT’S PRERELEASE TIME! With the full set of Ixalan being spoiled this passed Friday, I will be posting the Ixalan Rare Set Review Podcast as quickly as possible. This time I will be joined by one Mr. Chris Lahaie, the very Mono-Black Zombie pilot that beat me for the passed two weeks in a row. STAY TUNED!