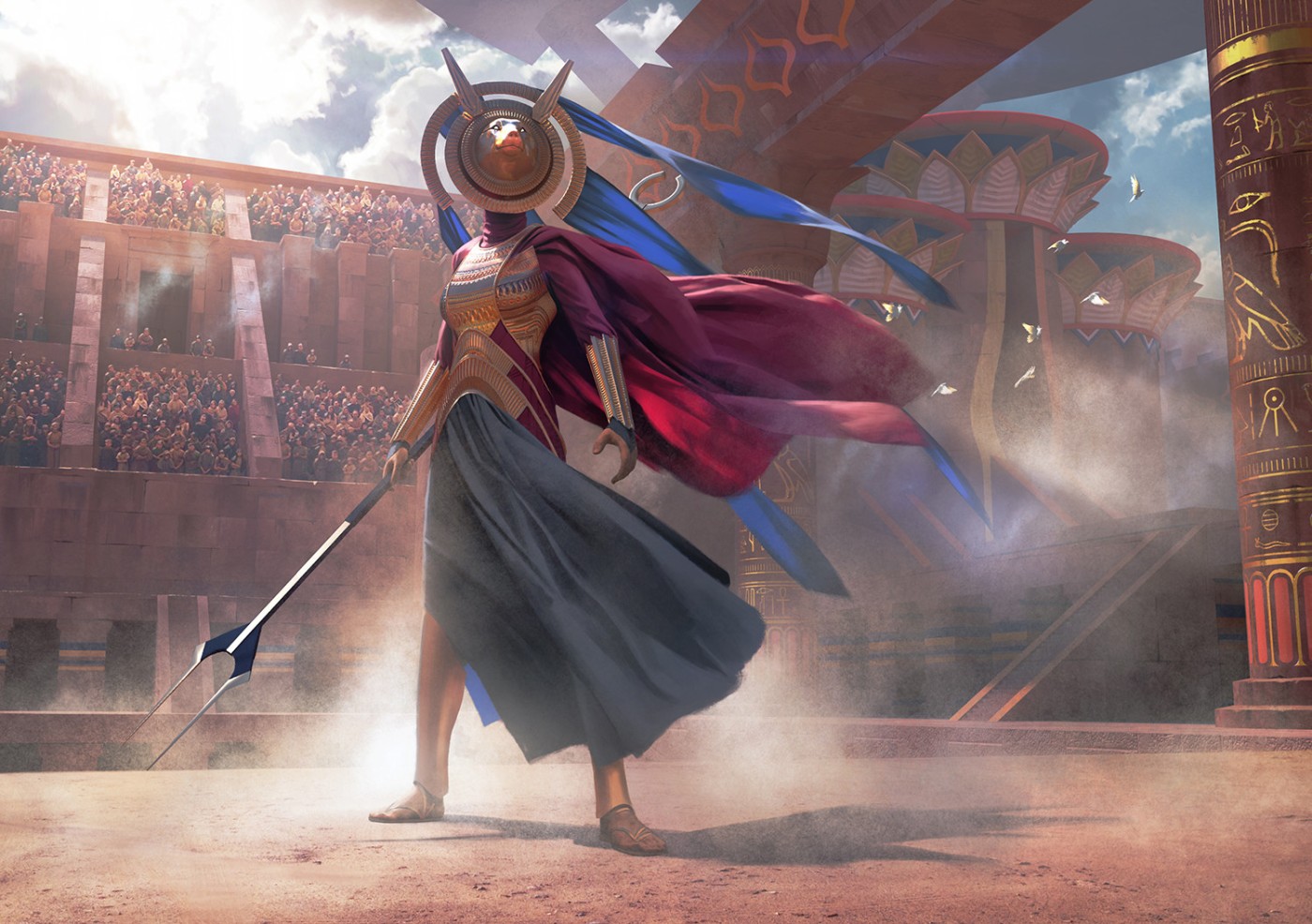 How’s it hanging saltines? Man it has been quite the long time since I’ve seen you guys, and can I say that I’ve missed you all so dearly. Well, except for that one person, you know who you are…. I’m just joshing, I missed you all. With my promotion at work, and working two jobs it has really messed with my MTG schedule, and it isn’t letting up. My Fridays from now until the new year are currently booked for work, so FNM posts will be on a wee hiatus. That being said I will try to attend as many Standard Showdowns as possible and write some little blurbs about them.

Right, so I attended my LGS, Jack’s on Queen, this past Tuesday to play in the Standard Showdown. The past couple of standard events I attended I ran with a Jeskai Control list. The list suits me fine, however I have always fell just a wee bit short, finishing most events either 3-1 or the occasional 2-2. I finally snapped, decided to take a swing with my Ramunap Red list. As the description says, my list is a more thicc than your typical Ramunap Red lists. Where the typical lists run a playset of Soulscar Mage and Kari Zev, I go a little higher with multiple copies of Glorybringer and Ahn-Crop Crasher. You can read more about the deck in my upcoming Ramunap Thicc Deck Tech. Let’s get into the games!

Fish in standard whaaaaaaat. With the spoiling of a Silvergill Adept reprint in the upcoming set Rivals of Ixalan, I’m pretty sure U/X fish is going to become a top tier deck. For now however, we make fish sticks. Both of the games were blistering fast and even the mass of fish could not battle back against late game Glorybringer. Game one and game two consisted of me getting my opponent to four life, and ripping a Glorybringer for the win. I just think that the cards are spread too thin when it comes to standard merfolk, and they want to do different things. Some merfolk want you to cast non-creature spells, while other flourish on you spamming merfolk, there’s just too little consistency, in my immensely unprofessional opinion.

Round 2; Win in 2 vs Grixis Amulet

Amulet of Vigor in standard what? No you nerds, Primal Amulet. This four drop artifact reduces the cost of instants and sorceries you cast by 1. Combine this with Baral, Chief of Compliance, and you’ve got yourself a spicy combo. This grixis control style deck aims to main control of board state by countering or killing things until it can resolves the backside of Cut//Ribbons, which will promptly get double by the flip side of Primal Amulet. Both games I was able to get super early damage with the pinging of Bomat Courier, and the immense card advantage it brings once I activate its’ ability. If memory serves, my opponent had to mulligan both games, so just having card advantage on a control deck right off of the bat is pretty solid for me. I’m a big fan of this list, and I look forward to sitting down with the pilot and coming up with some janky ideas, and more ways to abuse the interactions.

Ah, the grand nemesis in the form of God-Pharoah’s Gift. This deck honestly feels like a poor man’s Aetherworks Marvel, *cough* shots fired *cough*. It requires very little interaction for a very large pay off. Both decks can whiff super hard, however I feel that GPG is easier to maintain. There is no constant payment, like Aetherworks requiring energy, just a steady flow of creatures in your graveyard, which is easily accomplished in the deck. But I digress. I went hard against this deck. You want to know what card fits perfectly when it comes to eternalizing creatures? Glorybringer. Being able to exert something and throw four damage at an eternalized creature, them all having four toughness, feels too good to be true. Also, lifelink doesn’t matter if Ahn-Crop Crasher stops that creature from blocking.

Maaaaaaaan this deck went off the chain on Tuesday. Undefeated, all rounds in two. ALL HAIL HAZORET THE MEME LORD. I think I only played Hazoret like once or twice in all of my games? Regardless I really like this list. I’m going to add Harsh Mentor into the sideboard to deal with decks like Temur Energy, because they have so many activate so many abilities to use their energy.

Alright, so with the release of the third un-set Unstable quickly approaching I want to see your best work. Comment on the Facebook post with a custom card created by yourself, and I will select one lucky winner to receive a signed copy of the card Sowing Salt, from either Urza’s Destiny or Betrayer’s of Kamigawa, you pick! Submissions must be in by November 30th, and the winner will be announced December 1st!