What’s cracking saltines? I hope y’all are doing well. I just want to begin by announcing that Jack’s on Queen is now an official sponsor of the Human Salt Shaker! Jack’s on Queen has been my store of choice for the past half-decade. The owners and operators, Kim and Tim Ashworth, are caring, engaging and all around fantastic people. I look forward to what this new partnership has in store for both of us! Merchandise line anyone?

This past Friday night I attended Jack’s FNM event. I played my G/B Constrictor deck, but I put Vraska, Relic Seeker in the sideboard, and put two copies of Journey to Eternity I felt that the recursion would add an extra element of spice to deck. Paying six mana to recur a copy of Verdurous Gearhulk, or a Jadelight Ranger, let’s see how it worked out.

Round 1; Loss in 2 vs Construct Tribal

Oh Chris, where do I begin with this round? Game one I flooded out super hard. To put this into perspective, with how garbage I did this game, my opponent’s Bomat Courier did seven points of damage before he sacrificed it to refill his hand. If memory serves, seven of my nine draw steps were a land card. Game two would be better right? It was insanely close, down to the wire even. That’s when my opponent pulled out their trump card, Pia’s Revolution. That enchantment in combination with something like Walking Ballista, makes for a really bad time for me. Apparently drastically miscounted the amount of land my opponent had as they played the Ballista again and blew my face off. Dear Chris, I do concede that you have crafted quite the masterpiece, well done. 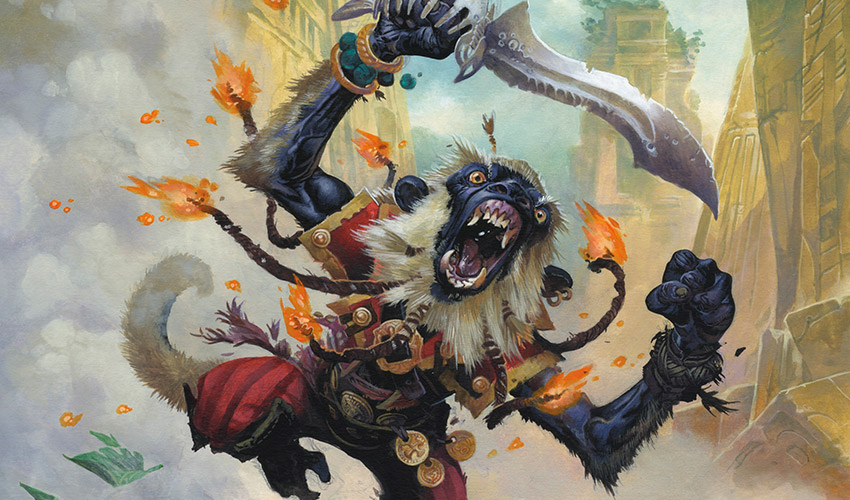 Me go face! That is the general frame of mind when piloting this highly-aggressive list. FUN FACT; this list was piloted to a record breaking 18-0 by a Mr. Gan Yan at the past GP Seattle. No one had ever accomplished such a feat, so congratulations to him! Game one was insanely close. I battled back to comprise a shambled board state while my opponent was stuck on three lands. I was experiencing the opposite issue as I was flooding out, and my opponent had ripped three copies of Ahn-Crop Crasher. I can’t remember the exact scenario, but I was at two life and had to fade a Shock, and an Ahn-Crop in order to take game one, and I did! Game two was a legitimate flub on my part. I had played a copy of Glint-Sleeve Siphoner on my turn two, followed by a Winding Constrictor on turn three, with the ability to protect it with a copy of Blossoming Defense I had in m my hand. On my opponent’s turn he cast a Lightning Strike, to kill my slithery friend. But what did I do? Instead of giving my Constrictor hexproof? I said ‘yep!’ and put him in my bin. I’m such a dork, this single mistake cost me game two as I wasn’t able to block efficiently with a 2/1. Game three saw my opponent get stuck on three lands again, but this time he didn’t have the endless stream of Ahn-Crop Crashers to pressure me. Good old Glint-Sleeve drew me an extraordinary amount of cards in game three, and it definitely helped me power through the burn.

These were interesting games to say the least. Game one I was a touch confused as it seemed like my opponent was just on Sultai Constrictor. That was until I realized my opponent was filling his graveyard with creatures through various methods, and then he dropped a God-Pharaoh’s Gift on me and began bringing back Jadelight Rangers as 6/6s and 7/7s. I scooped pretty early that game as I knew I had no outs. However, my sideboard is crammed full of decent GPG answers like; Dispossess, Vraska, Relic Seeker, and oh yeah, Naturalize. I was in complete control of games two and three. Game two my opponent scooped early as he was pretty land starved, and he was just losing traction. While game three, I had Glint-Sleeve and Winding Constrictor out as I cast a copy of Jadelight Ranger. The first explore was a land, while the second was another copy of Jadelight Ranger which I gleefully kept on top. We went through a turn and I drew the new merfolk, which I cast, the first explore was another land, and the second was a third copy of Jadelight! Not only do I owe this game to the awesome green fish, but Glint-Sleeve drew me a total of six cards this game. Talk about card advantage!

So how did we do? We went 3-1, dropping our only game to the 4-0 Construct Tribal. I only ever got to play Journey to Eternity once, but the one time I did I brought back a Gearhulk with the land activation. I think I’m going to keep it in the mainboard and do more testing.

With the full Dominaria set revealed, be sure to stay tuned later this week for my rare set review! Come get hyped with me!